Returning to work and all the emotions

Returning to work (outside the home) after maternity leave or a career break is such a huge transition in any mum’s life. Whether it’s with your first child or second, third etc, your world changes when you become a mum and you’re looking after your child(ren) and are away from your job.

Knee deep in nappies, feeding, play dates, interrupted sleep and so on, it’s a big change that you adjust to while at home and then another one as you return to work but now with new responsibilities, priorities and maybe a slightly different identity as a parent.

Personally, I really struggled in the weeks, even the last two to three months, in the lead up to my return to work. A couple of times I’d spent maybe an afternoon away from my baby in his first year but that was about it. To now think about now spending whole days away from him was really distressing.

Even though I was happy with our choice of nursery and knew he was going to be looked after incredibly well and have an amazing time socialising with other children and develop in lots of ways, I couldn’t help but burst in to tears every time I drove past in the few weeks leading up to his first day there. I just didn’t want to be away from him, and I felt so alone and stuck!

On top of not wanting to leave my baby I had other worries playing on my mind. I had changed in that year, it had been a long time since I’d been in an office environment and it felt like a different world, one that I was no longer part of. How would the new me, the mum-me manage work in the same way?

I hear similar stories from other mums who dread the thought of returning to work and I think there are so many other concerns that come up along with the sadness – guilt, worry about baby settling, practical issues around logistics with drop offs and pick-ups, juggling the work / life balance, wondering what will have changed at work while you’ve been away, doubting whether you’ll still be able to keep up with the job you had and so on…

I think there are also mums who feel really ready to get back to work, have a bit more of a routine and a bit of their previous life back again. Not to mention being able to go to the toilet on their own in peace and a enjoying a cup of tea that they can actually drink while still hot!

Even mums who are generally positive about returning to work may have the ever-familiar mum guilt creeping in – “I feel bad for wanting to go back to work – what does that mean about me as a mum?”

For many mums the feeling may be somewhere along the spectrum of this.

If you are finding the idea of returning to your job difficult then you are not alone. In a survey, MMB Magazine discovered that less than 1 in 5 women (only 18%) felt happy and confident about returning to work (People Management).

And it’s understandable. The transition from working pre-baby, to being a mum on maternity leave or career break, and then to the juggle of being a working mum is a big one. With that in mind I do think mums could benefit from more support when they’re preparing to return to work, whether that’s personally or with help from employers.

I think the first step to preparing to return to work is to understand the emotions, feelings and thoughts that are coming up. Don’t brush them away. Whatever your situation, whatever you’re feeling, it’s valid.

On top of the worries I was having when I was returning to work, another emotion I had was that I was overreacting in some way which added another element of guilt. I felt like I should be pulling myself together. “Millions of women go through the same thing and I’m returning part time so I shouldn’t be feeling this way.” But berating myself for how I was feeling didn’t help, it just made me feel worse and it didn’t help me deal with what was troubling me.

Understanding what’s going on for you is a helpful starting point to facing and then working through emotions. You still might feel sad and anxious on those first few days and weeks but if you’ve addressed how you feel and what’s leading to it rather than letting it completely take over then you’re in a better position to:

Embrace the new you

It can be easy to put pressure on ourselves to turn back up to work needing to be the same person we were pre-baby. But actually appreciating and embracing all the ways in which you’ve grown and developed in that time can be helpful. Mums have a number of super-powers:

Practical skills like these as well as having a new perspective are all valuable in the workplace and shouldn’t be underestimated.

How are you feeling?

Can you take some time to think about and work through how you’re feeling? Whether it’s writing it down, talking to your partner, friend, parent, employer, a coach:

I’d love to hear from you

Whether you are coming towards the end of your maternity leave or if it’s something you’ve been through already, let me know how you felt and your experience of returning?

Did you receive the support that you needed to help you through the transition? If not, what do you think would have been useful to you?

If you’re on maternity leave and want to prepare yourself so you can return to work confidently and with a plan in place, take a look at my Back To Work coaching package to find out more.

Continue reading posts related to the country or the traveling way. 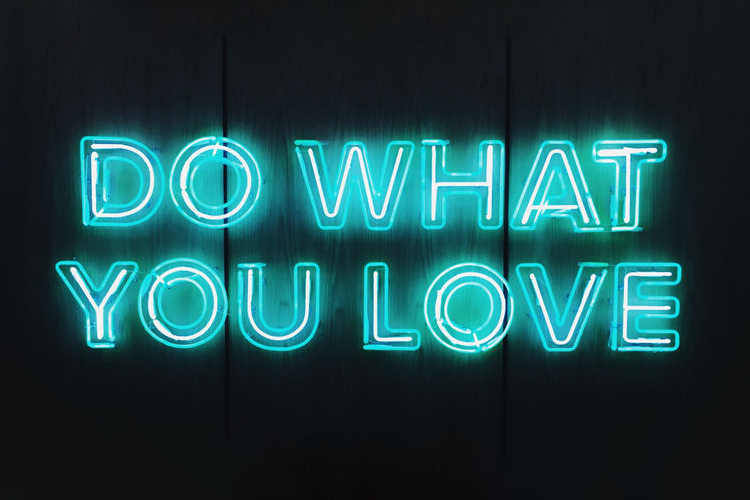 What is life coaching and how can it help you? 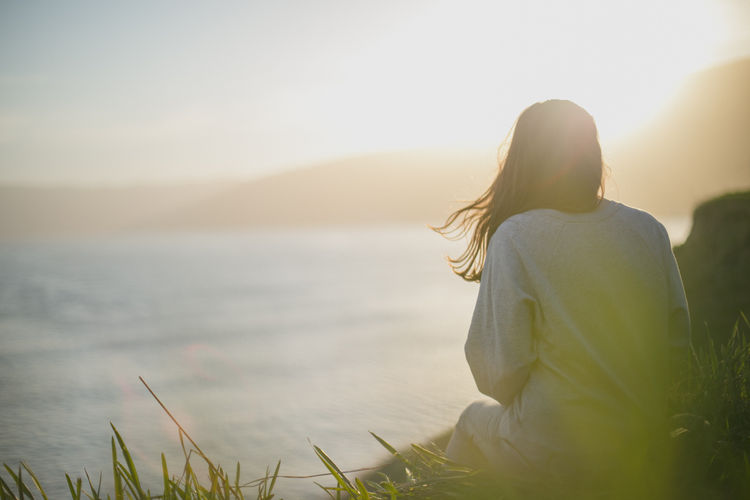 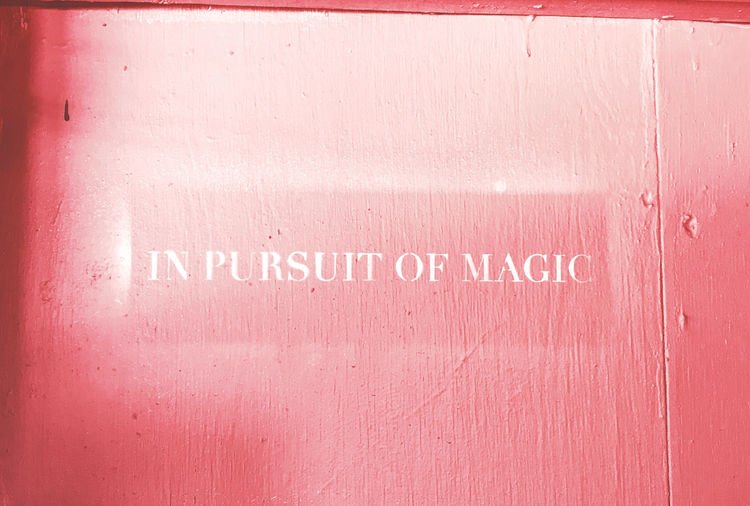 Are you stuck in your comfort zone?

Read more
We use cookies on our website to give you the most relevant experience by remembering your preferences and repeat visits. By clicking “Accept”, you consent to the use of ALL the cookies.
Do not sell my personal information.
Cookie SettingsAccept
Manage consent

This website uses cookies to improve your experience while you navigate through the website. Out of these, the cookies that are categorized as necessary are stored on your browser as they are essential for the working of basic functionalities of the website. We also use third-party cookies that help us analyze and understand how you use this website. These cookies will be stored in your browser only with your consent. You also have the option to opt-out of these cookies. But opting out of some of these cookies may affect your browsing experience.
Necessary Always Enabled
Necessary cookies are absolutely essential for the website to function properly. These cookies ensure basic functionalities and security features of the website, anonymously.
Functional
Functional cookies help to perform certain functionalities like sharing the content of the website on social media platforms, collect feedbacks, and other third-party features.
Performance
Performance cookies are used to understand and analyze the key performance indexes of the website which helps in delivering a better user experience for the visitors.
Analytics
Analytical cookies are used to understand how visitors interact with the website. These cookies help provide information on metrics the number of visitors, bounce rate, traffic source, etc.
Advertisement
Advertisement cookies are used to provide visitors with relevant ads and marketing campaigns. These cookies track visitors across websites and collect information to provide customized ads.
Others
Other uncategorized cookies are those that are being analyzed and have not been classified into a category as yet.
SAVE & ACCEPT

Get your FREE guide!

My top tips to help you prepare for your return to work after maternity leave. 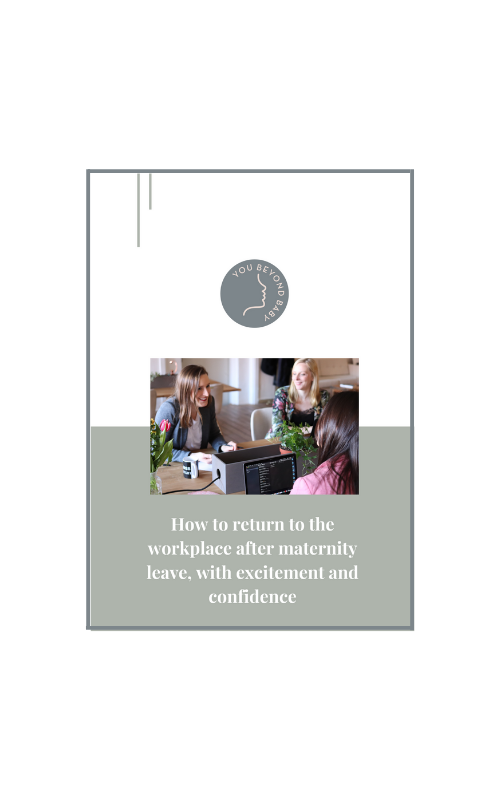